There was once an article about Jim Davis, creator of Garfield, in which he recognizes the recipe of his success. The trick, it seems, was to make Garfield as inoffensive as possible. No matter what you believe, no matter how delicate your sensitivities are, you can always read Garfield without feeling hurt or offended. Comedians might object that a lot of humor boils down to ridiculing something, so it's worth asking: if Garfield does not offend anyone, how does it manage to keep being funny? The answer should be obvious to Garfield's readers: it doesn't. Because Garfield is not funny.

The reasoning is pretty interesting: Jim Davis' goal was not to be the next greatest American cartoonist, nor to push the boundaries of comic strips as an art form (that would be Bill Watterson). His goal was to make money, and boy did he succeed at that. By being a recognizable, bland, perfectly formulaic icon, Garfield can be adopted by any company or product willing to pay for it. The key, said Davis in this interview, was to make the strip as plain and predictable as possible. "Oh, look,", says the reader, "Garfield is mad because it's Monday". Cue the sound of crickets.

The same, I'm afraid, has happened to Dilbert some time ago. And while it pained me to stop reading after so many years, I've read enough to understand that the Dilbert I liked is gone, replaced by that which he was intended to criticize. Including the archives, I read about 27 years worth of strips, so it was not a decision I took lightly. That was about 4 years ago, and I haven't regretted the decision.

For those who might feel like me, and as a service to the community, I give you the one and only strip you will ever need from now on. It is the culmination of years of Dilbert, and nothing you read in the actual strip will be better than this in the foreseeable future.

Now, in all fairness, congratulations to Scott Adams: he has managed to secure Dilbert in the mind of the public, and he made a lot of money out of it. It was sad to see the old Dilbert go away, but then again, I don't have an animated series nor an (forever in production) upcoming movie to my credit. Having said that, I can only wonder how much more he could have produced if he hadn't rested on his laurels: his Wikipedia achievements have almost entirely peaked around 2010, and he seems to spend most of his time nowadays writing about what an amazing president Donald Trump is. While this is speculation on my part, I believe this might be why his blog is no longer featured on the Dilbert homepage.

I can see why he doesn't need to come with new ideas for Dilbert strips. After all, he has enough money to do whatever he wants. I just wish "make Dilbert funny again" was one of those things he cared about. 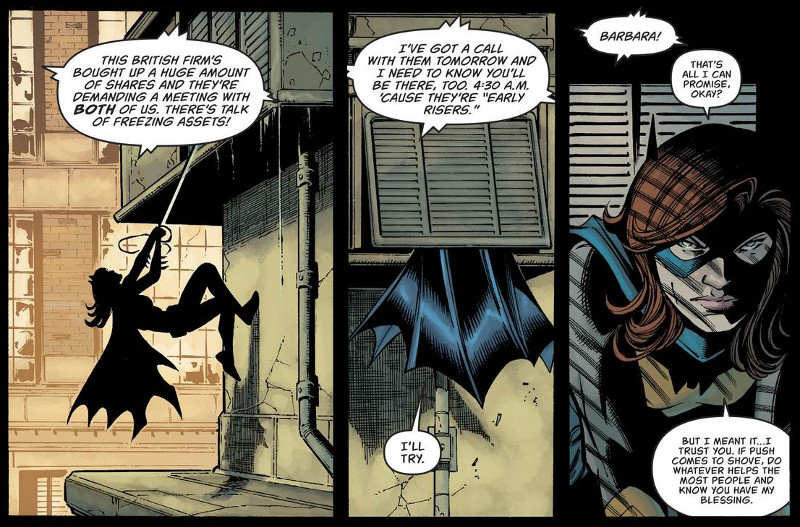